In a little more than 10 years, or 2028, Medicare Part A Health Insurance Trust Fund is projected to cover about 87% of the costs for hospital care, skilled rehabilitation and home health as well as hospice care. Without changes to the payroll taxes that are collected, it is projected that only 79% of the claims will be paid by 2040. By 2090, the fund will again be able to pay 86% of the claims.

Medicare Part B (physician and other services) and Part D (prescription drugs) are funded with beneficiaries paying 25% of the costs and general revenues covering the other 75% of costs. By law, these two parts of Medicare will always be able to pay claims.

The Affordable Care Act (ACA) was designed primarily to provide health insurance for adults age 18-64, rather than to Medicare beneficiaries.

But Medicare beneficiaries realized several significant benefits with the passage of the ACA. Most notably, ACA provided a funding stream for individuals whose prescription drug costs are so expensive they reach the coverage gap (or the donut hole). With funding support from the pharmaceutical industry, by 2020 Medicare beneficiaries will be responsible for only 25% of the cost of prescriptions in the donut hole with the balance of costs covered through Medicare and the prescription drug plans.

A second benefit that Medicare beneficiaries realized was access to preventive services such as mammography, prostrate screenings, colonoscopies, and much more. Most of these services are covered at 100% by Medicare.

The American Health Care Act (AHCA) bill proposes some changes to Medicare. One of the proposals is to pay a flat fee each year to Medicare providers for each beneficiary. The individual who needs more services than are covered by the flat fee, would have to pay the balance of costs out of pocket.

The proposed reimbursement is somewhat similar to how health plans are paid for individuals who enroll in Medicare Advantage. For individuals who are in traditional fee-for-service with a Medicare Supplement, the increase in out of pocket costs might be substantial, causing hardship for many beneficiaries on fixed incomes. It is unclear whether Medicare beneficiaries could purchase health insurance to help with the costs of care not covered under the capitated payment to providers.

By shifting more costs to the beneficiary, Medicare will be saving money. The proposed bill is not clear on how low income seniors on Medicare and Medicaid who are not able to pay for care would have their benefits covered.

Another proposal is to combine Medicare Part A and Part B into one section. The benefit of this might be a change in improving the funding mechanisms, requiring individuals to pay only one deductible, and streamlining administrative processes.

The last proposal is to raise the age at which beneficiaries are able to receive Medicare from 65 to 67 which is the full retirement age for future retirees.

The public debate affecting these changes is important based on the Trump leadership team. Seema Verma, recently appointed as the Director of the Centers for Medicare and Medicaid Services (CMS), does not have any experience with Medicare. Mick Mulvaney, R-South Carolina, a staunch conservative and leader in the Tea Party as well as a leader in the government shut-down in 2013, is now the head of the Office of Budget and Management. One of his goals is to reduce the $20 trillion national debt, which will most likely require reduction in Medicare costs.

Although President Trump has indicated that is does not want to make any changes to Medicare and Social Security, his desire to implement tax reform will almost certainly have to include reductions in Medicare costs. Pressures from the Tea Party (or the Freedom Caucus) to balance the budget in 10 years will also require some changes in Medicare. Speaker of the House Paul Ryan suggests that more than “half of the money that the government borrows is to pay for Medicare”; although this is not necessarily true. 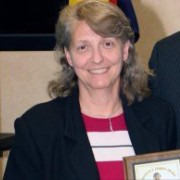 Eileen Doherty, MS has been the Executive Director of the Colorado Gerontological Society since 1982. She has more than 40 years of experience in education and training, advocacy, clinical practice, and research in the field of gerontology. She is an adjunct instructor at Fort Hays State University teaching non-profit management. She can be reached at 303-333-3482 or at doherty001@att.net.

Epilepsy Safe Mode
Dampens color and removes blinks
This mode enables people with epilepsy to use the website safely by eliminating the risk of seizures that result from flashing or blinking animations and risky color combinations.
Visually Impaired Mode
Improves website's visuals
This mode adjusts the website for the convenience of users with visual impairments such as Degrading Eyesight, Tunnel Vision, Cataract, Glaucoma, and others.
Cognitive Disability Mode
Helps to focus on specific content
This mode provides different assistive options to help users with cognitive impairments such as Dyslexia, Autism, CVA, and others, to focus on the essential elements of the website more easily.
ADHD Friendly Mode
Reduces distractions and improve focus
This mode helps users with ADHD and Neurodevelopmental disorders to read, browse, and focus on the main website elements more easily while significantly reducing distractions.
Blindness Mode
Allows using the site with your screen-reader
This mode configures the website to be compatible with screen-readers such as JAWS, NVDA, VoiceOver, and TalkBack. A screen-reader is software for blind users that is installed on a computer and smartphone, and websites must be compatible with it.

We firmly believe that the internet should be available and accessible to anyone, and are committed to providing a website that is accessible to the widest possible audience, regardless of circumstance and ability.

To fulfill this, we aim to adhere as strictly as possible to the World Wide Web Consortium’s (W3C) Web Content Accessibility Guidelines 2.1 (WCAG 2.1) at the AA level. These guidelines explain how to make web content accessible to people with a wide array of disabilities. Complying with those guidelines helps us ensure that the website is accessible to all people: blind people, people with motor impairments, visual impairment, cognitive disabilities, and more.

This website utilizes various technologies that are meant to make it as accessible as possible at all times. We utilize an accessibility interface that allows persons with specific disabilities to adjust the website’s UI (user interface) and design it to their personal needs.

Additionally, the website utilizes an AI-based application that runs in the background and optimizes its accessibility level constantly. This application remediates the website’s HTML, adapts Its functionality and behavior for screen-readers used by the blind users, and for keyboard functions used by individuals with motor impairments.

If you’ve found a malfunction or have ideas for improvement, we’ll be happy to hear from you. You can reach out to the website’s operators by using the following email

Our website implements the ARIA attributes (Accessible Rich Internet Applications) technique, alongside various different behavioral changes, to ensure blind users visiting with screen-readers are able to read, comprehend, and enjoy the website’s functions. As soon as a user with a screen-reader enters your site, they immediately receive a prompt to enter the Screen-Reader Profile so they can browse and operate your site effectively. Here’s how our website covers some of the most important screen-reader requirements, alongside console screenshots of code examples:

We aim to support the widest array of browsers and assistive technologies as possible, so our users can choose the best fitting tools for them, with as few limitations as possible. Therefore, we have worked very hard to be able to support all major systems that comprise over 95% of the user market share including Google Chrome, Mozilla Firefox, Apple Safari, Opera and Microsoft Edge, JAWS and NVDA (screen readers), both for Windows and for MAC users.

Despite our very best efforts to allow anybody to adjust the website to their needs, there may still be pages or sections that are not fully accessible, are in the process of becoming accessible, or are lacking an adequate technological solution to make them accessible. Still, we are continually improving our accessibility, adding, updating and improving its options and features, and developing and adopting new technologies. All this is meant to reach the optimal level of accessibility, following technological advancements. For any assistance, please reach out to